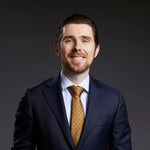 Chris Arnell loves competing. Growing up, Chris was a sponsored motocross racer. He won many races and received numerous awards until an injury forced him out of racing. He rechanneled his passion into advocacy in the form of undergraduate mock trial competitions while attending the University of Texas at Austin. The competitions involved 700 teams from universities across the country. Chris earned multiple individual accolades, including being named Outstanding Attorney in 2012, 2013, and 2014. Additionally, his team was ranked among the top teams in the United States.

Chris accepted an academic scholarship and attended Baylor University's School of Law. Baylor Law School is recognized and renowned as one of the top advocacy programs in the country. During his law school career, Chris was named Best Oralist in Baylor's intramural moot court competition and went on to hold an undefeated record and finished as Regional Champion in the American College of Trial Lawyers' National Trial Competition. Baylor awarded Chris a juris doctorate degree with special distinction in litigation.

Chris enjoys keeping up to date on the latest developments and technological advances in property tax law and trial presentation. Chris is a member of the Dallas Bar Association, the Dallas Young Lawyers Association (Trial Skills Committee), the Dallas Volunteer Attorney Program, the Institute for Professionals in Taxation, the National Board of Trial Advocacy, the State Bar of Texas (Tax Section and Real Property Section), and the American Bar Association (Real Estate Section and Tax Section). Chris also co-publishes articles on property tax developments for the State Bar's real property section and tax section and also publishes property tax articles on a regular basis.

Outside the legal world, Chris enjoys spending time with his family outdoors. Chris and his wife are active rock climbers and enjoy camping. Chris met his wife while at a mock trial practice in college, and although she is not a lawyer, Chris claims his wife has heard more opening statements from him than any judge would have to endure. Chris has two very active young boys who he intends to treat as prospective jurors and witnesses for his at-home mock trials.