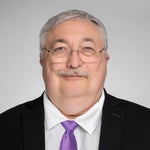 John Brusniak, Jr. is the dean of Texas property tax litigation.  He was licensed to practice law in 1976,   His early career involved general litigation and appellate work in both the federal and state courts until he was handed his first property tax matter.  It arose prior to the implementation of the current property tax system in 1982.   Following a week long jury trial, his client received a substantial reduction in tax value.  The city of Dallas and the Dallas Independent School District appealed the results, and the Dallas Court of Civil Appeals, en banc, handed down only the second favorable taxpayer decision in the court's history.  With the implementation of appraisal districts, John transitioned his law practice to focus solely on the representation of taxpayers in disputes with appraisal districts and taxing authorities.  John was a partner in two of the largest law firms in the state of Texas prior to starting his own firm in 1992.

Over the years, he has filed thousands of lawsuits in district court across the state, the vast majority were settled, but quite a few were tried.  He has been involved in over 45 appeals to the courts of appeals across the state of Texas and two appeals to the Texas Supreme Court, both of which were successful.  The first case resulted in a portion of the Texas Tax Code being declared unconstitutional while the second resulted in a portion of the Texas Tax Code being found constitutional.  The second case involved two other law firms and resulted in the largest property tax refunds ever ordered in the history of the state.  John's clients have ranged from local businesses to Fortune 100 companies, farms and ranches, owners of airplanes, railroads, trucking companies, car dealers, heavy equipment dealers, oil and gas interests, and religious organizations, schools, hospitals and many other exempt entities.

John has, over the decades, personally hired lobbyists in Austin to assist with making improvements to property taxpayer access and rights under the Texas Tax Code.  He has also helped taxpayers and their lobbyists amend provisions of the Tax Code to solve problems of unfair taxation that were not covered by the Code.  Over the decades, John drafted many bills, spent thousands of hours meeting with members of the legislature and their staffs and testifying before legislative committees.

John helped start and develop the National Association of Property Tax Attorneys.  He served as its President for more than 20 years.  John works with lawyers from this group and many other fine property tax attorneys around the United States.  John has been recognized continually as a Texas Superlawyer and as one of the Best Lawyers in America. Best Lawyers also recognized John as "Lawyer of the Year - Litigation and Controversy Tax Dallas/Fort Worth 2022." He was honored with the Wayne Peveto award by the Real Estate Center of Texas A&M University “in recognition of outstanding contributions in the Texas property tax profession,” and with an lifetime achievement award from the Texas Oil and Gas Association “in recognition of [his] service and contribution in the field of property taxation in Texas.”  John has served as the Chair of the Property Tax Committee of the Tax Section of the State Bar of Texas, the chair of the Property Tax Committee of the Real Property Committee of the American Bar Association, and the chair of the entire Tax Section of the State Bar of Texas.  John serves on the board of directors of the Texas Taxpayers and Research Association.

Outside his legal interests, John has had a passion for coaching youth baseball and softball and did so for 40 years.  He also taught CPR classes for the American Red Cross and served as a hospice volunteer with the Visiting Nurses Association.  He visited sick and elderly patients in the hospital and nursing home through his church and has served on multiple church councils.  John is married, has six children and two grandchildren. He loves traveling, history and politics.

John has given hundreds of speeches and presentations on property tax matters and has written columns for decades on property tax matters for both the Tax section and Real Estate, Probate and Trust Law section of the State Bar of Texas.  He has been repeatedly interviewed on radio and television.  He authors the Texas chapter of the American Bar Association Desk Book, and has authored the Texas Property Tax Code Practice Insights published by LEXISNEXIS and Brusniak's Texas Property Tax Digest.